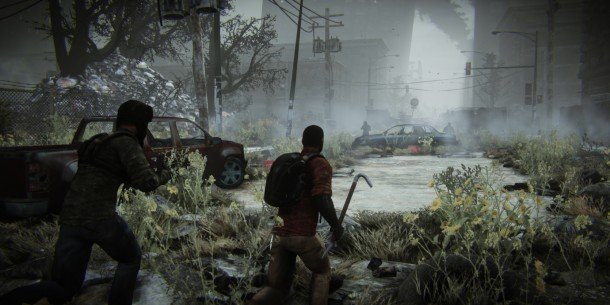 This article was written by Tom Chatham.

As Russia prepares its people and military for possible nuclear war with the U.S. the American propaganda organs are busy selling the notion that everything is just fine. While Russia has been building fallout shelters for its people the U.S. government has been building FEMA camps for theirs. It just goes to show the prevailing mentality in each of these nations.

The corrupt policies and inept leadership in the U.S. has done everything to create this situation. Unfortunately when the bombs begin to fall it will not be the leadership that pays the price for their failed ideology but the average American citizen. Long before the first bombs arrive the leadership will be whisked away to the safety of underground shelters while the citizens are told to stay calm.

The great terror for the people will not be the sudden blinding flash that vaporizes whole cities but the majority that will survive the bombs only to have to deal with the fallout that follows. Many people think that a nuclear war will mean their instant death but that will only happen for the few at ground zero. What will follow for the rest will be a slow death as radiation slowly destroys them from the inside out due to lack of proper shelters to protect them (U.S. MIGHT NEVER RECOVER FROM AN EMP ATTACK).

The lucky few that survive this horror will then have to deal with the next problem of finding clean water and food. Anyone that has made it this far has a good chance of survival if they are prepared. Many will say why bother, I would not want to live in a world like this. The thing is, if you do not prepare to survive you will eventually die but it will be slower and increasingly traumatic along the way. You will have to watch your family die a slow death as they dehydrate and starve.

Being located away from military bases and large cities and being upwind of them will greatly increase your chances of survival. At the same time, being underground to some extent will also be helpful. To be effective against fallout a shelter does not have to be a large concrete bunker with all of the amenities. A simple hole in the ground with sufficient overhead cover and some type of air filtration system will get you through the first few weeks that are the most dangerous. This is realistic and possible by the average person with the proper knowledge.

“Many died and suffered before a creative mind found an ingenious solution to maybe a century old problem. Believe it or not, our ancestors skills are all covered in American blood. This is why these must be fought for, protected, and handed on for them to do the same for our children and our children’s children.”

The book Nuclear War Survival Skills by Cresson Kearny provides a wealth of usable knowledge to help the average person survive the unthinkable. This book can be downloaded online for free so there are no excuses for anyone not to have this valuable information especially in times such as these.

A temporary shelter to protect you from fallout can be as simple as a 3’x6’x12’ hole in the ground lined with plastic and covered with logs and a few feet of dirt. The entrance would need a sealed door of some type and an air pump to remove stale air and moisture. Basic supplies would include food, water, lighting, bedding, medical supplies, a radiation meter and sanitation system. Nuclear War Survival Skills shows you how to supply these items with the least amount of cost. This book provides you with the means to survive many other disasters as well with the same supplies.

We all hope for the best possible outcome in world events but when everything goes terribly wrong we owe it to ourselves and our families to have the means to take care of them even when the worst happens. Every family that can care for itself after an event will provide that much more stability to society in the days following that are crucial to recovery. Even in the worst case scenario there will be survivors. How well you plan will determine if you are one of the few.

RELATED: Are we living in a post-apocalyptic world?

It is unfortunate that the vast majority will simply not prepare and wait for FEMA to come to their rescue but that is a foolish action. FEMA’s primary mission is for continuity of government so when the worst happens there will be no serious help coming for the regular people. To aid in your own planning you should have a copy of Nuclear War Survival Skills which you can find with a web search. Here is one site that offers a free download: http://nuclearwarsurvivalskills.com/ 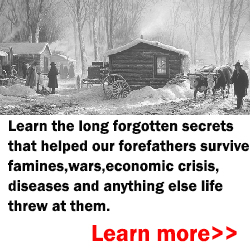