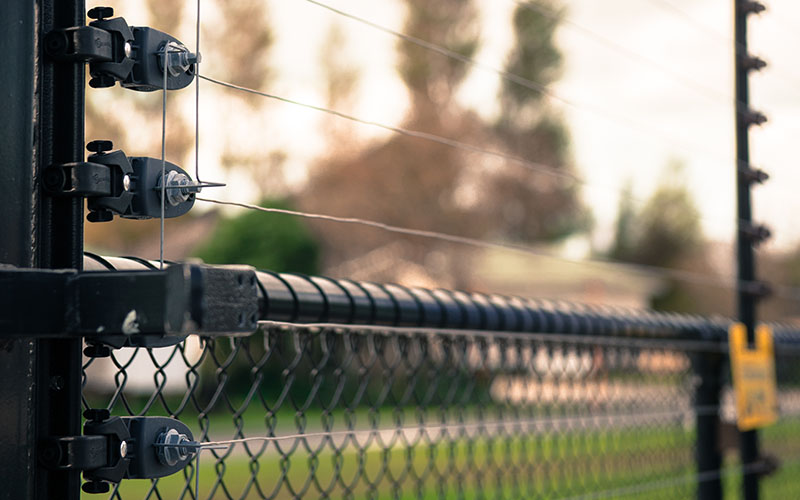 In 1943, psychologist Abraham Maslow presented a list of five core essentials shared by every human being on earth.It was a groundbreaking list. It is called Maslow’s Hierarchy of Needs and is still a framework for how we understand and study much of human behavior today.

The list includes a few obvious entries, such as our psychological needs, and our desires for love and affection.

There are profound concepts, too, like self-actualization and self-esteem. One item on the list, less important than physiological needs, but more important than love and acceptance, is the basic need for safety.

When the physiological needs are largely taken care of, this second layer of needs comes into play. The desire to find safe circumstances, stability in your life, and protection from danger is paramount.

Humans like to feel safe. It is a core element of who we are, and it isn’t unique to our species. Safety drives the important decisions of all animals. People are concerned with safety in mostly negative terms by coping and negotiating with their fears and anxieties.

What could go wrong and from what direction the threats are coming, are common apprehensions. On a daily basis, our needs manifest themselves in our urges to have a home in a safe neighborhood, job security, money in the bank, and so on.

But safety can be much more basic than that. In times of crisis, the difference between life and death can be an alarm system, a deadbolt, or merely a watchful eye on your perimeter.

When it comes to protecting your perimeter, the first question to ask yourself is,

What are you protecting and how far are you willing to take it?

What is the situation? Is there an emergency, a city-wide lockdown, or a natural disaster heading your way — or do you merely live in a bad neighborhood and there’s been a rash of break-ins?

Some of the best ways to protect your perimeter on an everyday basis are passive measures that alert you that someone or something is on your property (or trying to gain access).

These measures require no action on your part, but serve two purposes: They let you know that something is going on around your house, and they give you time to evaluate and determine a course of action, like investigate, call the authorities or ready your defenses.

Read: How To Make Your Home Emergency Action Plan

Most times, the best way of warding off potential threats are static perimeter-protection methods, a lot of which can be activated when you’re not even home.

Barking dogs, walls, and fences provide a physical deterrent to someone intending to penetrate your perimeter.

Audible alarms let the potential intruder know that their presence is known by those inside the house — or at least it appears so. Hopefully, this is enough of a warning to encourage intruders to reconsider their plans, as a conflict avoided with a potentially dangerous person is a victory all around.

In an effort to make it more difficult to actually access your structures, consider planting thorny bushes along the perimeter or under windows and balconies.

Argentine mesquite, black locust and honey locust all have one- to two-inch thorns. Pyracantha contains thorns that leave a burning sensation that lasts for hours, while the catsclaw acacia also contains burning nettles that it conceals under attractive yellow flowers and green foliage.

Oregon grape holly (as well as other varieties of holly) is both attractive and dangerous with its abundance of multi-spiked leaves.

Defensive plants and bushes can easily scratch, cut and puncture the skin, which is not only painful, but can leave behind DNA in the form of blood, skin, or torn clothing as evidence.

Other passive measures may be to put signs warning of a guard dog or about the owner. Electric fences or barbed or concertina wire is an excellent deterrent. In some places, it’s acceptable to embed the bottoms of broken bottles and glass into the flat tops of walls.

Install motion-sensor lights in the dark portions of your yard or alarms that sound off when the sensors are triggered. Consider floodlights as a psychological deterrent because people don’t like to be seen if they’re up to no good — and floodlights can be blinding.

These can be battery operated, solar charged and sometimes synchronized to professional alarm companies (usually for a fee).

Keep a watchful eye and/or provide visual evidence while you’re gone via a series of well-placed security cameras. Inexpensive and easy to install, camera systems can be motion-activated, equipped with night-vision, record multiple cameras for days on end and can be uploaded to your computer or monitored via a smartphone app from anywhere in the world.

If you want to add a high-tech light to your perimeter, install a motion detection system that utilizes laser beams, IR sensors, and/or pressure sensors (for under doormats or outdoor rugs).

Invest in a quality timer system for your lights and other electronic devices. Setting timers to turn on lights, turn down blinds, and to turn on radios or televisions is a way that gives the impression — even if viewed from the street — that your normal daily routine is in progress, even when no one is home.

Every decently made front door comes with an adequate deadbolt, and we dutifully click it shut every time we leave.

Deadbolts on doors make your home a more difficult target to break into, but it is important to purchase high-quality locks to ensure that they are not easily compromised.

Locks for exterior doors of your home should be grade one or grade two locks — these locks are more likely to resist a burglar’s lock picking attempts and are less likely to give in to tampering.

The longer a burglar spends in your home, the higher the chances are that he or she will be caught in the act, so why not add locks to all of your interior doors, too?

Have you examined the screws that attach your front door’s hinges to the frame? Odds are good they’re merely two inches or so in length, allowing for a  wellknown weak point that can be easily kicked in. Replace the screws with at least three- or fourinch screws.

Upgrade your wooden exterior doors to steel doors which will not only last longer, but are considerably stronger than wood. If you have sliding-glass doors, merely putting a metal rod in the sliding track is enough to keep it secure.

When faced with a very determined aggressor or someone who is out to do you harm, steal your belongings, or cause serious mischief, passive measures won’t be enough to deter their actions.

Your perimeter must be menacing and clearly convey that demonstrable danger and damage awaits should anyone attempt to penetrate it. There are no real passive measures in a highthreat situation, as only active measures will protect a perimeter from a strong-minded aggressor.

Some measures that can be used — but are not espoused here — may include booby trapping or making physical obstructions that cannot be overcome. Check your local laws regarding booby traps, as you may be held responsible for any injuries, regardless of the situation.

Also, an arsenal of weapons kept at the ready and near points of entry will defend your position adequately.

In our homes, we find ourselves most safe. We nest there. We desire to build a cocoon around ourselves that protects us from the weather, outsiders and from harm.

Tragically, sometimes a wall, a security system, and a surveillance camera are not enough, and we are forced to take action to keep away those that wish to do us harm.

Your home is actually one of the best places to be if you need to be safe for an extended period of time. Preparing your home’s perimeter is an important step in ensuring your safety. The bottom line is, you know your own place better than anyone, and keeping it secure is a prudent investment.

The more information you are given — through alarm sounds, barking dogs, noises in the night,images on a surveillance camera — and the quicker you get that information, the more time you’ll have to respond.

Even if that response is calling the authorities, extra minutes of notice of a threat can be a difference between life and death.

How much and how often one rehearses plans and actions is a mainstay of preparedness. You find yourself going through “what if” scenarios and, in this way, you find gaps in your plan and holes in your defenses.

Always reverse your point of view: become the intruder so you can see yourself as a target. By doing so, you can see where your perimeter is weak and needs improvements.

The objective of your efforts is a protected perimeter and a real sense of security. Therefore, your level of commitment to your plans must be equal to the determination of your aggressors, the level of threats in your neighborhood and the perceived dangers from the environment.

Have a plan, have the equipment and gear needed to implement that plan, but most importantly, know your plan.

The biggest obstacle to creating a secure perimeter is always money and time.

One can spend a lot on home defense, and often, that is a wise investment.

But you must evaluate how defensible your home is and where the weak points might be. Fortify those points. With a little time and thought about mobile  perimeters, you can greatly enhance overall safety.