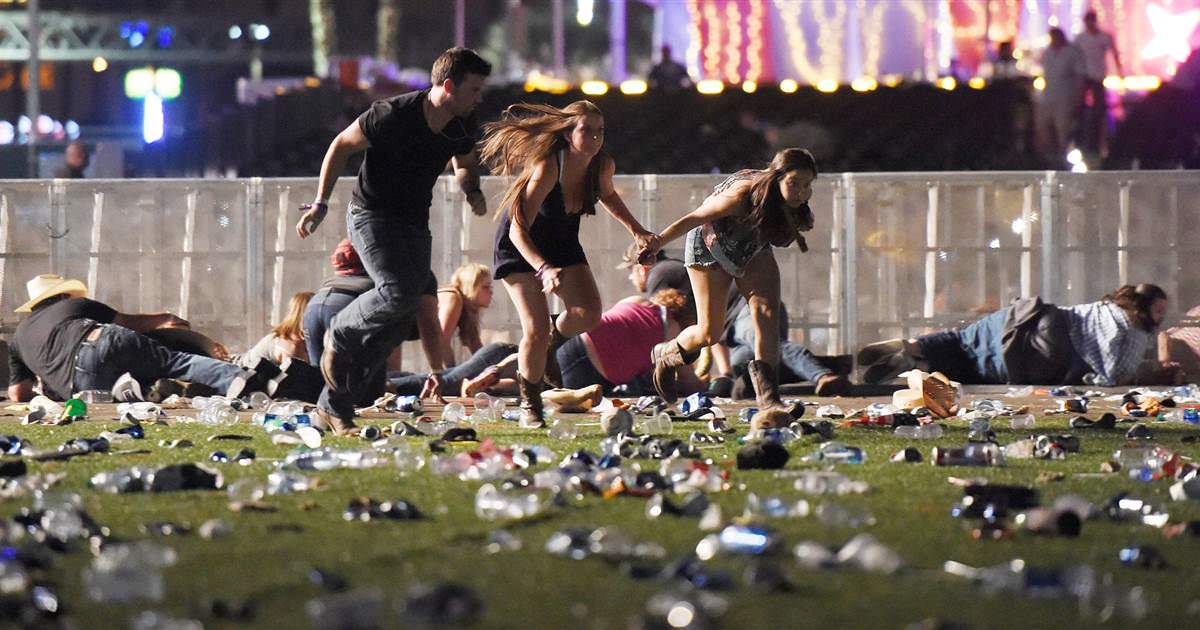 The Las Vegas Shooting was one of the worst mass killings in modern history. Why was it so bad? How could one person create so much devastation? How would I survive if that was me? To answer these, we need to know how automatic weapons work.

Machineguns are area of effect weapons unlike a rifle that is meant to apply precise single shot fire on one target. A gunner firing on automatic is affected by the concussion from the first shot, recoil forces and the barrel minutely bending and warping. Whilst the first round will likely be on target, the rest will project in an extended cone like shape from the muzzle of the weapon. Firing a long burst from a machinegun creates what is called a cone of fire that then falls into a beaten zone. Anything that falls within that cone of fire or is within the beaten zone is likely to be shot. The beaten zone expands into an oval shape when the range is increased, but also increases the dispersion of fire. An effective military machine gunner will employ their weapon so that the beaten zone has maximum coverage over the bulk of enemy troops, while the cone of fire blocks lines of approach.

There are several types of fire but I will only discuss two. Grazing fire is when the round flies parallel to the ground and the cone of fire does not go above the top of a man’s head. This is a highly lethal type of fire as it is concentrated, but does not utilize the weapon’s potential for area of effect. It is mostly used in a complex defensive plan that crosses multiple gunner’s cones of fire across a frontage. Plunging fire is when a shooter uses elevation and range to essentially drop rounds on top of the target. If they have an elevated position they can fire down onto their target. If they have great range, the round will expend energy in flight time and begin to drop. This type of fire is generally used by support weapons that are designed to suppress and render ineffective a piece of ground. 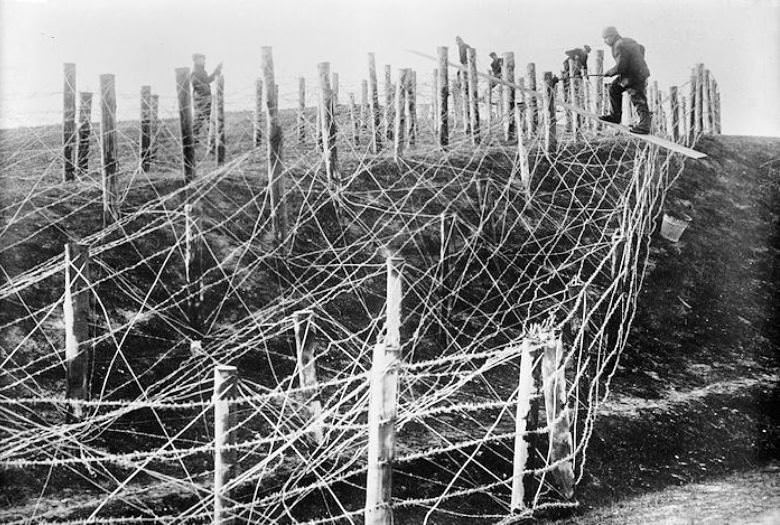 This is the area selected by the gunner where he will create his devastating effect. The beaten zone can’t be everywhere, so he must concentrate his fires into a place where he expects most targets to be. On the receiving end, when a machine gunner opens up onto a killing ground its not a good idea to stay there. Therefore, a carefully constructed killing ground will be paired with obstacles to prevent people from escaping. The gunner’s fire is dispersed into the area, so he wants targets to have maximum exposure time to fire when they are at their most concentrated. In military terms this equates to wire, ankle traps, anti-personnel mines, bear pits etc. 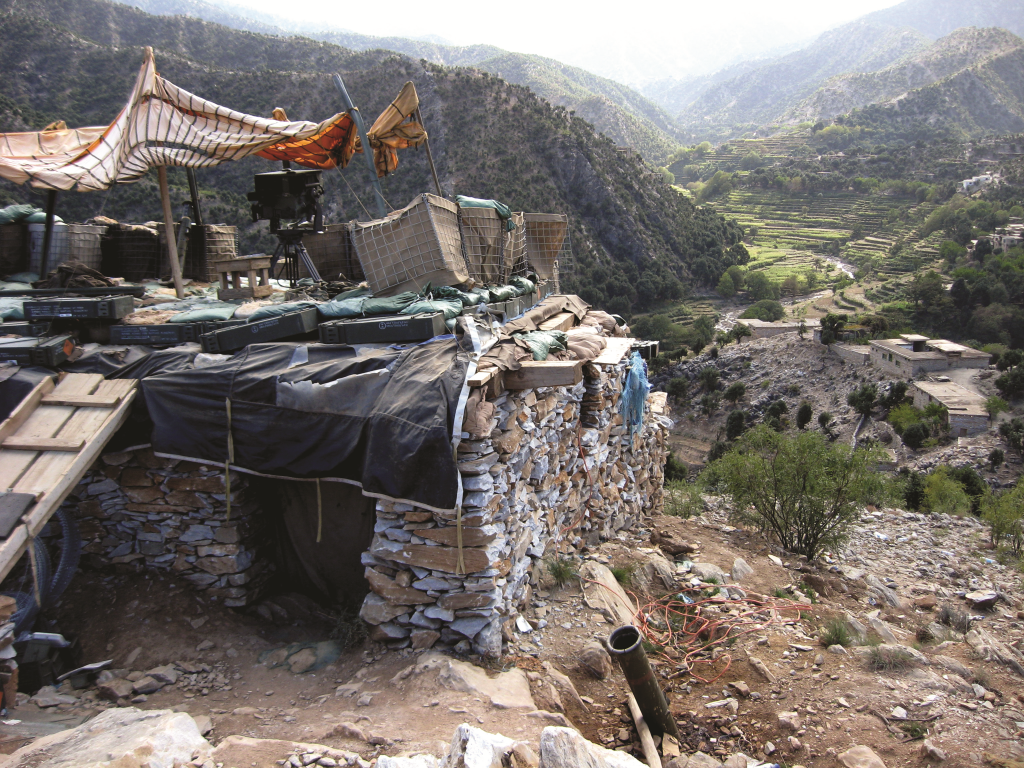 When engaged by grazing fire you can usually get a general bearing of the shooter. The supersonic cracks of rounds passing nearby will come from the direction of the point of origin. With plunging fire, it is more difficult as the crack from the shot comes from above, disguising the shooters location. If this is done in complex terrain, such as urban or mountainous; than the source will be further disguised by gunshot echoes bouncing and reverberating throughout this terrain. This was encountered in the valleys and mountains of Afghanistan. Insurgent fighters would engage from elevated positions and scarper before they were detected. As the point of origin was difficult to track, they frequently escaped. 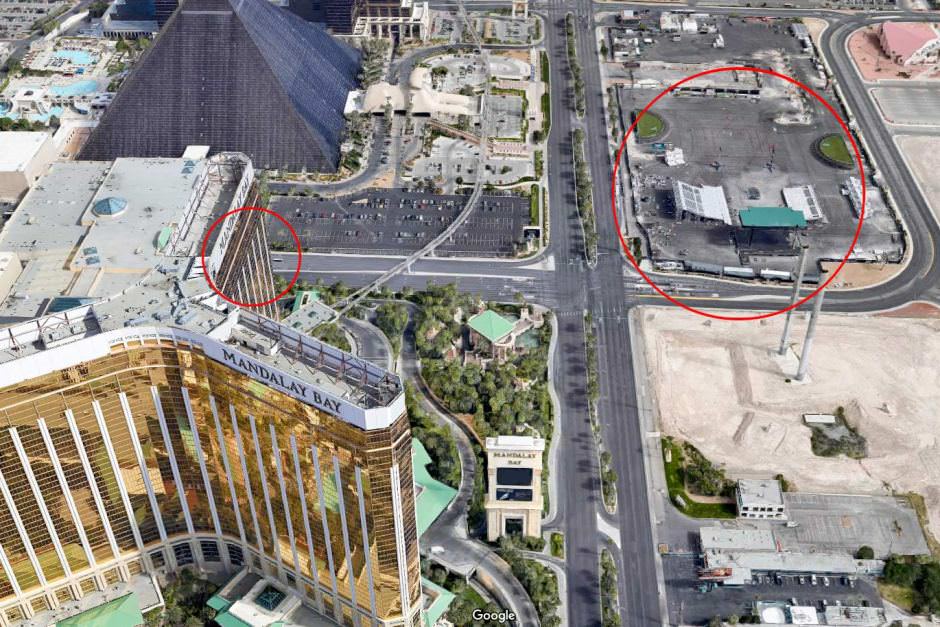 Plunging Fire: He was situated in a building 450m away from the intended target on the 32nd floor.

Beaten Zone: He fired from a non-stabilized position that generated a high degree of dispersion, increasing the size of his beaten zone.

Obstacles: The crowd was hampered by its size and its lack of situational awareness of what was happening. Those in the middle were unable to escape the killing ground due to the crush of fleeing people.

Concealing Point of Origin: He was in a highly complex urban environment with multiple high-rise buildings.

Conclusion: The shooter had created plunging fire onto a large beaten zone, into a densely populated killing ground that was hampered by the obstacle of its size whilst also masking his position. 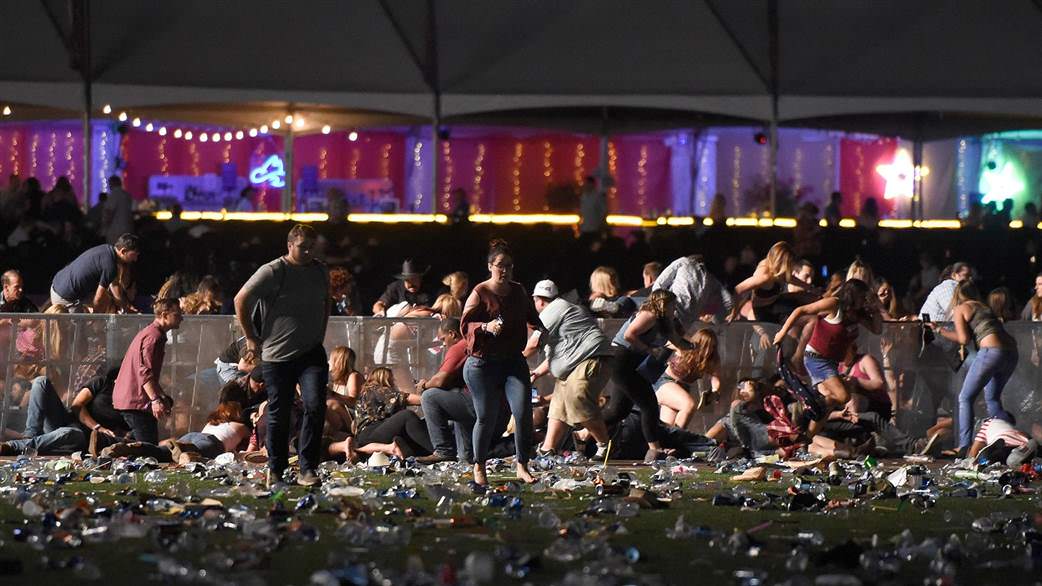 1. GET OUT OF THE KILLING GROUND. Some of the victim’s automatic response to gunfire was to flatten to the ground. Against grazing fire this is an effective defense, as it reduces your profile; against plunging fire it increases it. If you have the space to run, do it.

2. Call the Police Immediately. The best way to help yourself and others is to have someone else kill the gunner and stop the fire.

3. Cover. If you are stuck in the killing ground, put something substantial between yourself and the shooter. Against plunging fire this is extremely difficult.

– As cruel as it sounds, if there is someone dead nearby pull their body on top of you.

– If there is a vehicle, crawl under the hood as the engine block will likely to stop up to 5.56mm but not the rest of the vehicle.

4. Shoot back. If you have a long arm on you and know the general location of the shooter, fire at him. Even close misses will disrupt or slow his fire.

5 Ways You Can Use Airsoft Guns in Survival

FP Edit: Seems the main point of contention is firing back. Ack the risk to those in the hotel and the potential to be shot by responders. But if it was me and I had a weapon that could reach out and touch the shooter with reasonable accuracy; I would fire back and consider it the lesser evil. This is a no win situation were people will get hurt either way. Shooting or not is a choice for each person and their conscience to decide (Foodprocessingmachine).