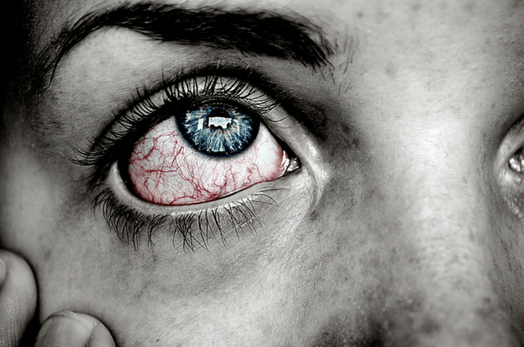 Have you ever thought about how you could improve your chances of surviving a chemical weapons attack? Chemical attacks have become all too common recently, with the chemical attack strikes in Syria by the Assad regime, the inherent risks of chemical weapons attacks and exposures have become magnified in the eyes of the world. The use of chemical warfare agents dates back thousands of years, with the creation of many chemical agents occurring in the early 1940s, where it began its destruction on the battlefields in World War II. However, as time has progressed the dangers have increased as the territory of deployment for these weapons has expanded from the battlefield to the safe areas of civilization. With large planned attacks deployed on a number of unarmed, innocent people – including children –in Syria, the demand for preparation in the event of a chemical attack has become almost necessary for all.

Dangers of Chemical Weapons and How It Affects Humans

The use and storing of chemical warfare agents have been prohibited by multiple international conventions, and yet these chemical agents still remain a major threat to the world. Chemical weapons, also known as “Weapons of Mass Destruction”, are toxic chemicals usually contained in a delivery system such as a bomb or shell, that can wreak havoc on its intended targeted area, according to the Organisation for the Prohibition of Chemical Weapons. There are a number of different chemical weapons that can be used during a chemical attack – the list of the most dangerous chemical warfare agents includes Sarin, VX, Mustard, Tabun, and Soman. However, when a chemical warfare agent is released there are a number of different factors that impact the effectiveness of the agent such as age, purity, weather conditions, and the amount used in the attack. Depending on these factors the potential impact placed on human health following exposure could range from slight to severe, and even in some cases could result in death. Symptoms can also be contingent depending on the type of chemical agent released but the likely signs you will experience if exposed to chemical warfare agents include:

How to Survive a Chemical Weapons Attack with 7 Essential Tips

Chemical weapons can be fatal in incredibly small doses, which demonstrates and signifies the extreme hazard presented by the deployment of these agents in the environment. Whether by an act of terrorism or even an act of war, a chemical warfare attack can occur quickly and sometimes un-expectantly. Thus, having a plan in place and supplies on hand in the event of a chemical attack can be critical to minimizing exposure and protecting your health. The following tips below is to help you better improve your chances of surviving a chemical attack in your environment.

1.) Be Prepared – Keep Supplies Nearby!

A chemical attack could place daily life to a halt once the deployment of the chemical agent occurs in the environment. When an attack happens grocery stores, banks, and pharmacies will most likely be shut down with limited resources available to the public. Thus, preparing and keeping a stockpile of supplies on hand is a helpful tip to implement into your environment including areas where you spend most of your time like your home, work, and even your car. Necessary stockpiling items should consist of cash, canned foods, water, weapons and shelter supplies in case you have to flee your home following a chemical warfare agent release.

2.) Flee from the Hazardous Chemicals

Once a chemical warfare agent has been released, evacuating the hazardous environment is top priority. Depending on the location in which the chemical was deployed, you need to assess the contaminated areas and flee as quickly as you can, especially if the chemical is released inside of a building as time is of the essence before the chemical spreads throughout the entire structure. Warning signs of a chemical warfare attack could be detrimental to know, as it could help to expedite your evacuation from the exposed areas. Signs of a chemical warfare attack could include loud explosive noises, warning signals ignited by the government to alert the public, or even acquiring symptoms like coughing, difficulty breathing, and burning of the eyes, nose, or throat.

3.) Change Out of Contaminated Clothing

Chemicals, even chemical warfare agents, have a tendency to cling to the fabrics of your clothes when you are in an environment that has been struck by a chemical weapons attack. Once you have evacuated the targeted area into a safe environment you will want to immediately remove your clothes from your body. When chemical-tainted clothing sits on your body for a long period of time, the chemicals can become absorbed through the skin and plague your health with potentially serious symptoms. To remove your clothes, be sure to avoid removing the clothes over your head, as this will lead to the spreading of chemicals onto your body. Instead, cut the articles of clothing off your body and properly dispose of them in a plastic bag. It is imperative following the removal of chemical-filled clothing on your body, to properly wash your skin with soap and warm water to ensure that you remove chemicals from your skin to reduce exposure risk.

4.) Protect Your Air from Chemicals

5.) Create a Disaster Plan for When SHTF

Chemical attacks can create complete pandemonium following its deployment. When this occurs, having a plan of action to implement could be vital and possibly life-saving. First, know the emergency plan for both work and your child’s school. This will help in making sure you know exactly where your child is in case of an emergency. Also, designating a meeting spot could be extremely beneficial to ensuring all family members are safe and ultimately reunited when a chemical weapons attack occurs.

Something that is not often thought about is the movement and/or weight of chemical warfare agents when introduced into the environment. Nerve agents, especially in gaseous form, are denser than air, this includes sarin gas and a list of other chemical agents. When these heavy gases sink to the bottom it indicates the potential risk to those at ground level. If you are aware of a chemical weapons attack in your environment, moving upward to higher floor levels could potentially help to minimize exposure to these chemical warfare agents. This is critical for children, as children breathe in and retain larger amounts of air per unit of body weight than adults – for infant’s air intake can be twice that of an adult. Thus, the potential impact of breathing in high amounts of chemical warfare agents could be in some cases deadly.

7.) Gear Up with Chemical Protection

What do you do when you are faced with a release of liquid or vapor chemical warfare agent in your environment? In some cases, a chemical weapons attack could contaminate your home or environment with liquid or vapor, tainting the surfaces and air of your home. Instead of fleeing your home after this happens, you could neutralize the agent from your home using a chemical decontamination kit. This kit will neutralize and eliminate chemical agents including chemical warfare agents from the surface of your home, while also offering air-respirator masks for vapor release protection. Having a kit like this on hand could potentially assist in decontaminating your home or environment if it had been compromised by the chemical attack agents.

Protecting yourself from a chemical attack may be easier than you originally thought. Although the danger is life-threating, don’t panic! Implementing these potentially life-saving tips in your preparations during a chemical weapons attack could increase your overall chances of surviving (via prepperssurvive.com).

This is a Guest Post written by Fast Act.