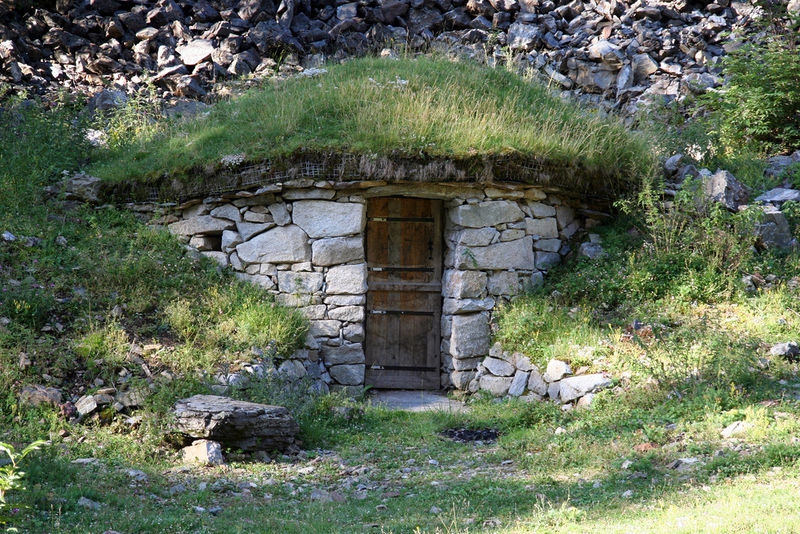 I wanted to put a few thoughts out there about the realities of your survival location. To read what is out there in terms of opinion and advice, it appears that to survive any coming apocalypse you need to be in a fortified self-sustaining retreat somewhere out in the boonies, with three years of food in the basement and the ability to grow food plus animals.

Good stuff; you will be really well positioned if that is where you are with your preparations. The reality for many is that they simply do not have that. For whatever reason, they may be in an urban or suburban environment. They may have nowhere else to realistically ‘bug out’ to. They may have a goal to achieve the retreat, but are not there yet, or have bug out land that is fairly basic and requires them to move to it following a collapse. Let me first say that this post is not so concerned with the kind of short-term natural disaster that would involve you bugging out with little choice — perhaps a wildfire or earthquake or similar. What I am really concerned about here is a collapse of society, the veritable TEOTWAWKI, where it all goes to chaos, the SHTF, and we are all in a big mess surviving together.

For most of us who are not ‘super-preppers’, we will be left to survive where we are, in our suburban homes or whatever applies to you. Now, it is true that some will be better set up than others. Reasons include location, such as inner city, one-bedroom apartment versus big house on several acres in a sub-division. Or the amount of preps that you have; food supplies, etc.

Everything depends on the situation and the threat that emerges, including your own personal and family situation and preparations. One key thing is not to make assumptions now, but to remain flexible. My advice is not to ‘head for the hills’ by reflex, because unless you have somewhere to go you will be out there with the rest of the refugees in the chaos. If you even have a minimal amount of preparations at home you should shelter in place and make do the best you can. This should be a low-profile shelter in a place where you set yourself up to draw minimum attention to yourself as the waves of chaos pass. You may be sheltering in a basement with your family, for example.

Of course, if the threat changes, then you will need to adapt to it. An organized gang of well-armed marauders going house to house in your neighborhood would be an example of when to make the decision to bug out. Be flexible and don’t go the opposite of the ‘head for the hills’ mentality and die in your basement simply because you did not want to pack up and go. Best selection of SURVIVAL BOOKS>>

However, I think that it is a given that for anyone sheltering with supplies in this way there will at some point come one or more challenges such as home invasion from outside groups. This will also probably apply to those in rural retreats at some point as the horde fans out looking to survive. Be ready to defend yourself against these challenges as necessary. Think of how it will likely be after the event, not how things are right now. Those in the rural retreats will probably have a rude awakening when they realize that the horde has reached them and the demographics have changed!

I think that there are two main things that you have to achieve, phases if you like, in order to survive in the long term:

1) Have enough stores, firearms, tactical ability and numbers if possible, as well as a covert location in order to survive the event and the initial chaos and disorder. This is a short- to medium-term goal.

2) Long term, you will need to be able to live in a protected sustainable community. All prepper stores will run out in the end, and the only solution to survive and thrive is to be able to produce food and protect your people and your resources.

So, unless you started in a sustainable protected retreat, you will have to survive where you are until such time arrives when you can safely get to one. Remember that in a full TEOTWAWKI scenario there will be mass panic and chaos as people try to find food and survive. There will be a huge population die-off, and there will likely be a delay of a year or two before food can be produced.

Being prepared always is a perfect move towards living an enjoyable life. You need to prepare for both success and failure simultaneously. Being alert could save the lifestyle of your friends, relatively and more importantly your valuable life. Bad things that are anticipated to occur needs to be prepared for perfectly because they are inescapable, such as, global warming. So if you are looking for a perfect guide that will explain to you how to outlive catastrophes of all kinds, then never overlook “The Lost Ways”. It is the best program for you. Is this book a scam? No. the truth is that this program is 100% genuine and results are guaranteed. It has been tested in many countries and many customers have given positive reviews about it. What are you waiting for then? Get your copy today and see your dreams turning into realities. Moreover, there is a 100% money back guarantee. You have no chance to lose. Your investment is save and productive.

You have to survive from the one to the other. Even after the die-off there will still be good and bad guys out there. Good guys probably living in those sustainable retreats or locations, bad guys marauding and living off what they can loot and pillage. There may be other complicating factors, such as civil war or foreign invasion. I use the TV series Jericho as an example of this.So, if you survived the event and were not already in that ideal retreat, you then have to move. Did you hide and protect your bug out vehicle with a supply of stored gas? Are you going to have to walk, or use other modes of transport? The key thing is that your group will have to make it to somewhere where they can be accepted by a current sustainable community, or move onto land where they can create one. This will involve travel of some sort and also the ability to defend yourselves while moving from point A to B. If it is true TEOTWAWKI, then it could go on for years and you may have to travel to establish a farm somewhere. If you are going to be taken in by a community or small town that is sustaining itself, then you have to show your worth in some way. So, regardless of your level of preparation, it is never too late to learn the skills necessary for a post-collapse world (American Preppers Network by Max Velocity).

Survival Is Up To You When The Worst Happens

Step By Step How To Make A One Year Stockpile>>

One thought on “The Post-Collapse Realities of Your Survival Location”