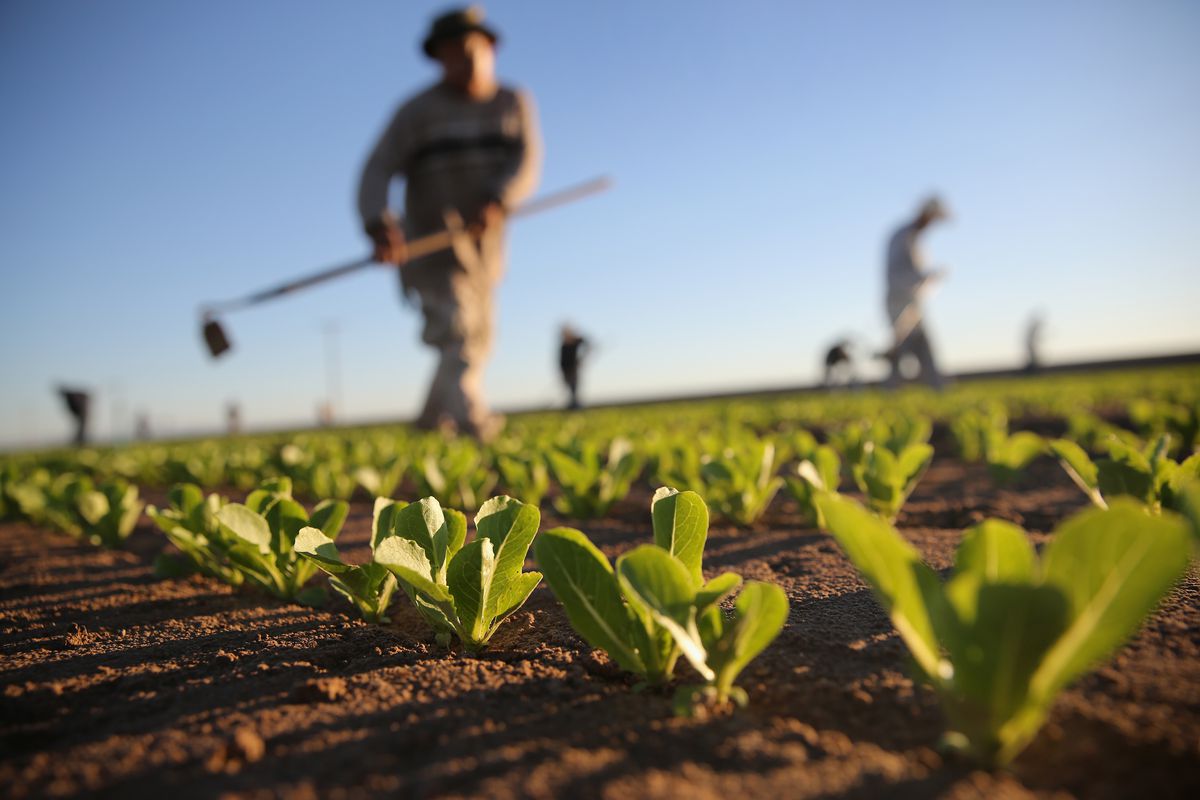 Organic farming has been practiced since ancient times. The only diversion came when we blindly started using chemicals for agricultural purposes. Our forefathers used all the techniques that now we are reverting back to; coming close to nature again. So it would not be wrong in saying that we are reinventing tradition or traditional methods. Far too often organic agriculture is defined or described in terms of what it is not. The most common example of this is the notion that “organic farming is farming without chemicals”. The problem is not only one of logistics and supply chains though. Organic farming brings into picture a diverse, healthy and sustainable crop production system which is the need of the hour. The paper brings into focus a few traditional methods that were used for farming, which are now,once again coming back to the forefront.

Until the mid twentieth century, organic farming was the way of life and it was not an alternative farming system. Still in many third world countries, where the farmers are not able to afford modern agriculture inputs, it is their way of life. Organic farming is native to this country. Traditional agriculture practices of India dates back to more than 4000 years. A closer look at some of the traditional techniques and practices integral to organic farming clearly indicates its linkage to traditional farming systems. Given below are a few selected methods that have been practiced since ancient times:

Biodynamic is essentially a science of life forces and recognition of the role of nature and higher forces in agriculture. In Biodynamic, the earth is considered a living being in a living universe, part of a spiritual-physical matrix. All substances are carriers of life-creating forces and interact with celestial rhythms, which directly affect life. All living beings therefore are manifestations of celestial rhythms. A farm is considered a living, dynamic and spiritual entity with its own rhythms and life forces. Biodynamic has two basic components – farming operations on the basis of an astronomical calendar, and the use of some very special preparations, which are used as sprays and in the compost heap.

Homa farming is an entirely spiritual practice that dates from the Vedic period. The practitioners and propagators of homa farming call it a ‘revealed science’. The basic aspect of homa farming is the chanting of Sanskrit mantras (agnihotra puja) at specific times in the day before a holy fire. The timing is crucial. While there is no specific agricultural practice associated with homa farming, the farm and household in which it is practiced, is energised and awakened. The ash that results from the puja is used to energise composts, plants, animals, etc. It is extremely inexpensive and simple to undertake but requires discipline and regularity.

Green manuring is an age-old practice prevalent since ancient times. A crop like Dhaincha (Sesbania cannabina Pers.), sun hemp or horse bean is sown just before the monsoons. A mix is also possible. Just around flowering (30-45 days after sowing), the crop is cut down and mixed into the soil after which the season’s main crop is sown. Green manuring is beneficial in two ways – firstly it fixes nitrogen, and secondly the addition of biomass (around five to ten tons/acre) greatly helps in improving the soil texture and water holding capacity. Green leaf manuring can also be carried out if sufficient leguminous tree leaves are available.

Cover cropping is normally carried out with nitrogen fixing crops that grow fast and require little or no inputs like water or additional manuring. While cover crops can yield some returns, they are mostly used for covering the soil in the fallow months, adding nitrogen to the soil, suppressing weeds, preventing soil erosion and later used as biomass or fodder. Velvet bean (Mucuna deeringiana Merr.) is an example, and it finds use as a fodder crop and biomass generator. Another useful cover crop is Dolichos lablab Linn., which is a source of fodder and food.

Traditional farmers till date follow the systems of crop rotation, multi-cropping, intercropping and polyculture to make maximum use of all inputs available to them, including soil, water and light. One of the most important aspects of organic farming is the strict avoidance of monoculture, whether annuals or perennials. Crop rotation is the sequence of cropping where two dissimilar type of crops follow each other – a few examples include cereals and legumes, deep-rooted and short-rooted plants and where the second crop can make use of the manuring or irrigation provided some months earlier to the first crop (e.g. rice + wheat, rice + cotton). The combinations will depend on the local situations.

Multicropping is the simultaneous cultivation of two or more crops. In Indian tradition agricultural practices, farmers have been known to sow as many as 15 types of crops at one time. An example of multicropping is Tomatoes + Onions + Marigold, where the marigolds repel some of tomato’s pests.

Intercropping is the cultivation of another crop in the spaces available between the main crops. A good example is the multi-tier system of coconut + banana + pineapple/ginger/leguminous fodder/medicinal or aromatic plants. While ensuring bio-diversity within a farm, inter-cropping also allows for maximum use of resources.

In a well managed organic farming system, pests and weeds are considered to be part of the system itself, as they do not usually get out of control. As in nature, even in agricultural eco-systems, predators appear and seem to do a good job if they are not disturbed. Many farmers use prophylactics such as diluted cow urine and vermiwash (the fluid from a vermicompost tank) both of which can also be used in greater strengths as pesticides, which have been traditionally used in many parts of India. For preparing natural bio-pesticides, a number of plants can be used. Neem, ginger, chilli, custard apple (the seeds), Pongamia pinnata (pongam / karanj), asafoetida, turmeric, garlic, tobacco, sweet flag, tulsi and Persian lilac are among the many plants that are commonly used in pest control.

Traditionally, the farmyard wastes form excellent compost in one to six months, depending upon the composting process used. Another method, vermicomposting uses earthworms to eat and break up the organic wastes. There are a number of other methods and innovations, adaptations and improvements are always possible. Methods can be aerobic or anaerobic and above ground or below, though the best way to get high quality compost quickly is to make a heap above the ground (Composting 101 – Tips & Tricks).

Having a living fence around the farm has multiple benefits. Besides protection from trespassers and cattle, living fences also provide a buffer. The species suitable for live fence should be thorny, inedible and non-browsable for cattle and goats, hardy and relatively maintenance-free, adaptable to the local conditions, fast growing and producing something that can yield some revenue. Suitable species for a live fence include agave, jatropha, Euphorbia and horse bean.

Reduced tillage or conservation tillage is a practice of minimizing soil disturbance and allowing crop residue or stubble to remain on the ground instead of being thrown away or incorporated into the soil. Reduced tillage practices may progress from reducing the number of tillage passes to stopping tillage completely (zero tillage). The technique has found some practitioners in India, especially in Punjab and other northern and northwestern states for the wheat crop. It is becoming popular because of the direct economic benefits it provides to farmers. With less tilling, farmers save on machinery use, fuel, labor and time.

As the name suggests, it makes use of microorganisms, mainly lactic acid bacteria, photosynthetic bacteria, yeast, filamentous fungi and ray fungi. These microorganisms are both aerobic and anaerobic. While they are not genetically modified, the issue of using exotic (not necessarily foreign) microorganisms would be an important factor to consider in an organic farm. Effective microorganisms, like biodynamic can be useful in improving soil health, as a pest repellent and prophylactic, in composting, and in animal feeds, animal health and hygiene, aquaculture, etc. Different EM cultures are used for agriculture, animal husbandry, and aquaculture and for environmental protection.

The Mittleider Gardening Method: Answers to All of Your Questions

Organic farming is all about maintaining soil health and it entails producing the highest yields possible, in a sustainable, eco friendly manner using a number of techniques. Many studies clearly show that organically grown foods contain fewer pesticide residue than conventional food. However, no conclusive evidence exists whether conventional products are more or less safer than organic ones. Similarly there have been very few scientific studies in which foods grown conventionally have been compared under comparable and controlled conditions,with those produced organically, in terms of their nutrient composition or their biological effects on animals or human subjects. Nutritionally some studies have shown slightly enhanced levels of certain micro nutrients, e.g. vitamin C content in organic foods compared with foods grown conventionally. Future studies that can evaluate effects of getting conditions on levels of protective phytochemicals are urgently required. Animal studies that have been conducted to compare health effects of conventionally and organically grown  produce are very limited in number and have involved very few species. Organic farming offer foods essentially free of pesticide residues and consumers perceive organic foods to be lower residue choice. The final decision lies in the hand of the consumer and his awareness regarding organic and conventionally grown food. The quality and quantity of the science applied in this area to date is inadequate. Hence, more and more scientific research is needed in order to bring forth a clear picture.

Traditional farming systems are complex interactions between the farmers and his environment. Traditional farming systems are found to be associated with rich knowledge on all facets of sustainable food production. The farmers maintain the local varieties for pest resistance and other disease control. They use their indigenous knowledge to predict good and bad harvest, seasons, behavior of the crops, condition of the soil and many other factors.

Organic farming is not about only ‘farming without chemicals’ but also about the environment, agricultural traditions, traditional seeds, animal welfare, farming communities, sensible energy use, soil and water conservation. There is an urgent need of reinventing traditional methods of agricultural practices for sustained agriculture production.