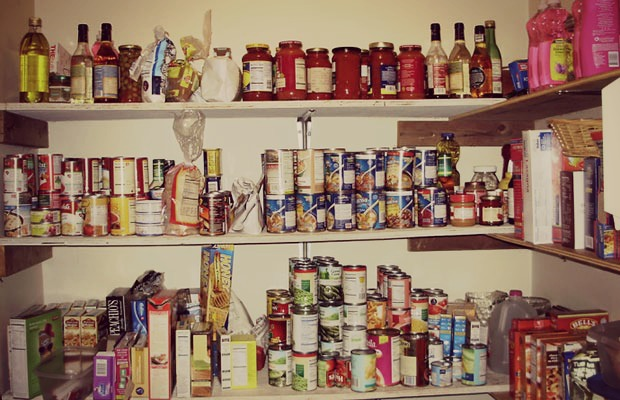 Hiding your stuff in a societal collapse scenario is a basic rule for survival. Animals hide and hoard their food as a matter of course. Even your dog hides his extra food sometimes, by digging holes and burying it in the ground. Squirrels do the same; they stockpile and hide their stuff.

Hiding your survival supplies from looters is a basic principle in nature, and one of the most important things to learn if you are a survivalist and you’re stockpiling like there’s no tomorrow.  Hard fact : if you’re the only prepper in the neighborhood, when disaster strikes you may actually become a piggy bank for the opportunists and a target for the other 90+% that call you a conspiracy theorist now.

Don’t fool yourself, you might have guns and ammo, but, especially in rural areas, almost everybody has guns and ammo. Don’t think that you can resist for long when faced with a horde of hungry and desperate (and armed) people. 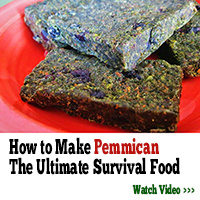 So, let’s assume that you have stockpiles of food, ammo and other stuff – enough for 90 days or for six months or whatever. Now, think about the unprepared sheeple in the neighborhood. What do they have? Maybe enough cheerios to last them for a day or two. And then what?

When they’ll get hungry and there’s nothing else available to buy/steal from the stores, they’ll pay you a visit in no time if they know that you have a stash.

What do you do then? Will share your supplies with those people who failed to prepare, or will you tell them to take a hike? This varies from person to person; there are no definitive answers, you know? Some will do what they can to share, while others won’t do so unless forced to.

How you react is up to you. We’re all different, and you’ll never know what you’ll do unless you’re in that situation. In this case, an ounce of prevention is worth a pound of cure. Ideally, you must avoid these unpleasant situations to begin with. In order to do that, you must take a crash course in OPSEC, aka operations security.

The first rule of the Fight Club is that you DO NOT TALK about Fight Club.

The second rule of the Fight Club is that you DO NOT TALK about Fight Club.

Well, the same “silence is golden” principle applies to stockpiling.  You don’t talk to your neighbors about what you do and what you’re prepping for. All you have to do is to stockpile and shut up. Don’t brag. Just stay quiet and do your thing. If nobody knows that you’re stockpiling, you can always use plausible denial.

What You Need For A Secure Storage Room

Step by step how to make a one year stockpile 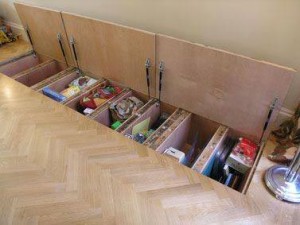 Now, you must hide at least some part of your stockpile, so it’s not too obvious. You can fill up your kitchen pantry with non-perishable foods, like a responsible adult, and the rest should be well hidden from the prying eyes of neighbors and visitors.

The hallway closet won’t cut it. That’s too obvious.

You can use your basement for that, but better use the laundry room or a secret compartment/room inside the house, masked by a false wall. Camouflage is the name of the game.

Another more appealing option is to grow large bushes and put up fencing that keeps people out.

When you’re buying something obvious, like a .50 Barrett or a kerosene heater, don’t bring them home on Sunday morning, when all your neighbors are outside washing and polishing their cars. When stockpiling, do it inconspicuously.

These are the basic rules when it comes to stockpiling so that your neighbors remain clueless.

The next best thing to do (or maybe even the BEST thing) would be to teach your close neighbors about prepping and surviving because united we stand, divided we fall. It would be ideal to live in a prepped up community, where everyone’s packed up and ready to go.

If that’s not possible, then being quiet is, unfortunately, the way to go (Survivopedia).

And feel free to share your own experience in preparing for survival using the comment form below!

1 thought on “How To Hide Your Stockpile”