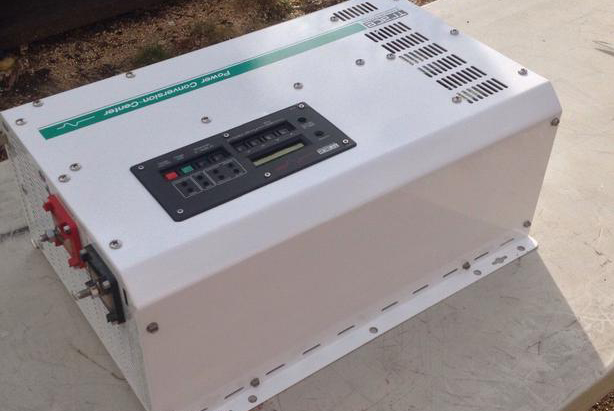 I see many folks on the message boards talking about the generators they have for disaster situations. You never hear any mention of batteries or inverters so I have to assume most of these folks think they will run their gas generators till the gas runs out, then do without power (Robert Henry).

With the addition of a few deep cycle batteries and an inverter, the generator would be much more useful in the long term. It would also serve to stretch their fuel supplies. (Questions to ask before choosing a generator)

Running a generator without a battery bank and inverter would mean hardwiring the generator directly to your panel box. Even a large generator would not power all the electric for most typical houses. In this method, power is only available while the generator is running. This would also make it extremely impossible to keep a tactical alert with a noisy generator running constantly.

Let’s first look at some of the notorious “energy hog” appliances and what we can do to circumvent them.

For some reason most people are overly obsessed with keeping a refrigerator running after a power failure. A “fridge” is one of the biggest energy hogs in your house. Either invest in a super efficient model like a Con Serv or Sunfrost or go LP if you can. I remember figuring out that it would take eight of our 120 watt solar panels just to run a standard refrigerator! Makes the initial cost outlay of a Con Serv or Sunfrost look minute. Eight panels at $550-650 per panel is $4,400 to $5,400 you can put towards an efficient fridge. I think you can find one for that.

We’ve used a Con Serv model for close to 7 years now. I was told it was a “low cost” version of the Sunfrost. For the most part we’ve been very happy with it. It has had some difficulties. The unit has a freezer at the bottom and the refrigerator section at the top. Tall and somewhat more slender than a standard “fridge.” The door handles were both small short handles like one would see on a barn door, just made of white plastic. They both broke within the first 6 months of use. The bottom of the refrigerator part had two pull out hydrator/crisper units. On top of those was a piece of glass. About the only thing we consistently keep in our refrigerator is gallon jugs of distilled water. Evidently the weight of the water jugs was too much for the glass. The glass part didn’t last 2 months. Other than those things, and the fact that it will sometimes leak water on to the floor, it’s been great! It doesn’t use much power at all. With most everything else in the house off besides any “ghost loads” that may be running, the amp meter on my inverter shows 1 amp.

If TS ever did HTF, we would likely only use the refrigerator for short term food keeping. If for some unforeseen reason our system could not bear it or we needed the power elsewhere, we would simply discontinue using it.

The next big power hog in most homes is the hot water heater. ANY electric appliance that produces heat is a BIG energy hog. This includes: hot water heaters, electric space heaters, curling irons, clothes dryers, blow dryers and toasters. A toaster is the only one from that list that we use consistently. The one redeeming factor is that the toaster is never used for very long periods of time.
In your retreat house LP gas should be used for your oven, water heater (solar is another option also), clothes dryer and can also be used for your refrigerator.
Using LP gas for these items will greatly reduce the amount of electricity you will have to produce. Reducing your load by this method will allow you to purchase a much smaller power system.

Seek out and find a gas stove that uses a pilot light. Most gas stoves utilize an electric start. The pilot light models require you to light each burner pilot and the oven pilot. Even without power you can cook meals, boil water or can food.
How will you get water after TSHTF? If you have a well how do you plan on retrieving the water?

The best plan I’ve seen came from a buddy of mine. He built an elevated platform and mounted a 210 gallon round plastic water tank on it. A genset was used to run the well pump. Instead of running the generator constantly as you would have to do to have water pressure, the elevation of the tank provided the pressure. Every few days he would run his generator to pump water up to the tank, then shut the generator back off once the tank was full. If you had the generator wired to your inverter also, it could be charging your battery bank while it’s providing power to the well pump.

We copied his approach on our system, modifying a few things slightly.

If an elevated tank is not possible in your situation, you could use the same water tank/cistern type idea and put a small Sureflo type 12volt pump inline between the tank and your plumbing. It would mean additional electricity but would supply you with water pressure never the less.

Batteries are at the heart of your energy system. Here is NOT where you want to skimp, buy the largest battery bank you can afford.

If you have the money then go with the absolute best like gel cell batteries. Most of us due to economics and the number of batteries needed, will usually end up with lead acid type batteries.

Standard car batteries will not last and may even be dangerous to use in an AE system. Six volt batteries commonly used in golf carts offer the cheapest option. The Trojan T105’s and T605’s are very commonly available and fairly affordable. 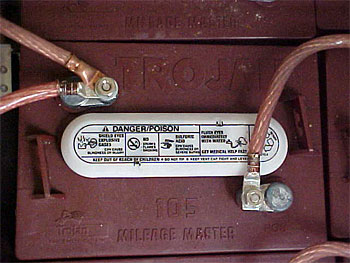 We recently installed a second alternate energy system in one of the outbuildings on our property. In this system we used golf cart batteries due to the lower expense.

Our system for our house uses Trojan L16 six volt batteries. These are the larger lead acid batteries with the higher capacity. The house system is 24 volts and the smaller system for the outbuilding is 12 volts. Batteries have to be purchased in the correct multiple for the voltage system you are using- for a 12 volt system they have to be bought in multiples of 2, for a 24 volt system in multiples of 4. The series connection adds together the four 6 volt batteries to make 24 volts. The parallel connections bump up the total amperage and get all the batteries working pulling together.

If you are only using a generator as your power source, charge controllers are not needed. A good inverter will have a charger feature built in to it. I recommend survivalists purchase serious inverters such as those made by Xantrex (Trace) or Heart. The $29 BS “inverters” at Calmar are not what I’m talking about. 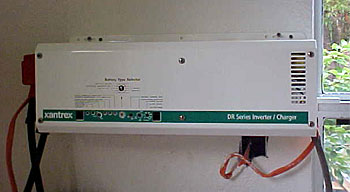 A 1,500 watt Xantrex (Trace) DR1512 inverter will only cost about $700.00 from altenergystore.com and it has the charger ability built in to it. We use this model in the outbuilding system. Other than the fact that their is no standard LCD display, it’s been a great unit. Just keep in mind 1,500 watts isn’t all that much power (around 13 amps at 120 volts).

If you were putting together a generator only system you would need:

Starting with this type of system would allow you to later add in a few solar panels and/or a wind turbine for an additional energy source.

Solar panels are beginning to go up in price as demand grows for them. I still think they are very affordable given their long life.

Solar has many advantages for the survivalist:

When you add solar panels to your generator based system you will need to add a charge controller and a safety disconnect. Without the ability to draw diagrams here, I will try to outline what your system would look like with solar:

Solar panel(s) TO Safety disconnect (DC) switch TO Charge Controller(s) TO Battery Bank. Then out of the battery bank to the inverter, power then flows from the inverter direct to the standard fuse box of the house. The power is all Direct current (DC) until it gets to the inverter. The inverter changes the 12 volt (or 24 or 48 depending on system size) DC to 110 volts AC (alternating current or AC is what’s used in your home).

For the generator only system it would be:

Generator TO Inverter (acting as a battery charger) TO battery bank to charge batteries. Then as the power is needed is goes: Battery bank TO Inverter TO fuse box of the house.

Both the Xantrex DR1512 inverter we use in the outbuilding and the Trace 4024 inverter we use for our house has connections for both DC input and AC generators, so I’m assuming most inverters will allow this also.

The bottom line is that if you already have a generator set, the addition of even (6) six volt golf cart batteries (Trojan T605 or T105’s) and a Xantrex DR1512 would allow you a complete alternate energy system and a much more long term platform for generator use. Adding these in would cost around $1,100.00 or less.
The other option is trying to run your generator 24 hours a day, using copious amounts of fuel, giving away your location 24/7 to looters and dramatically decreasing the longevity of your generator. Most survivalists have some sort of generator, even if it’s a high rpm gas contractor type generator. This would be a great way to put that generator to much better use.

Who knows, later you might realize that after adding a solar panel every few months to your system, you don’t need the power company at all!

2 thoughts on “Alternate Energy Basics: What you can do with your Generator”