Beans are a major part of our long term food storage and curiosity about grinding them into a usable flour finally got the best of us. From what I have researched, you can grind any bean into flour. You can make flour from cooked beans or simply rinse and grind the dried, uncooked beans.

This is our first attempt at making flour. We had to do it manually since our food processor gave up the ghost last Thanksgiving and we didn’t have a grain mill at the time this post was put together. Since we had to go “old-school” with this project it was an easy decision to cook the beans first so they would be easier to crush.

We had about 1/2 pound of large dried lima beans leftover from a batch of soup so they were sacrificed for this experiment. After boiling them for about an hour, they were crushed into a paste. The paste was then spread onto a pan and placed into the oven to dehydrate. The oven was set to 170 degrees and the door was left open. 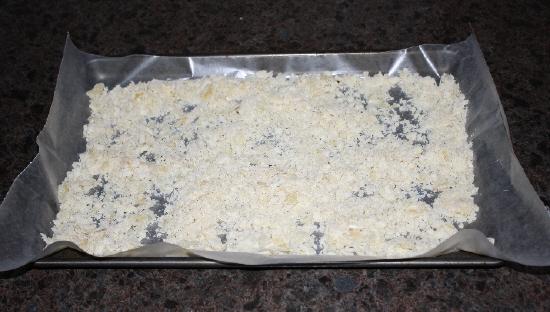 Within an hour the paste was beginning to dry enough to process further into flour. We used the oven for this because we weren’t sure how long it would take to dry the mashed beans and wanted to finish the experiment in one afternoon. I’m confident that a wood burning stove, food dehydrator or even setting the mash out in the sun would do the job just as well. 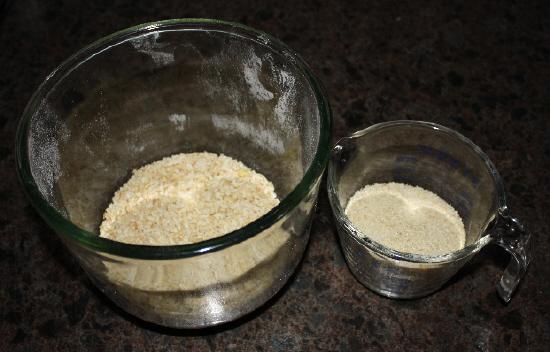 Self-sufficiency lessons: How to butcher a beef carcass

The dried mashed beans resembled potato flakes. I ended up making a mortar and pestle from a heavy glass mixing bowl to crush the bean flakes. This turned out to be quite a chore. After  awhile, I managed to crush and sift about 3/4 cup of bean flour from 1 1/2 cups of bean flakes. That was enough flour to at least try to make a flat bread so I stopped there. The bean flour ranged from powder to cornmeal sized particles.

Using the flat bread recipe shown below, we adjusted the ingredients to the amount of bean flour that we had. The dough thickened quite a bit after an hour so we added a little more oil and water.

In a large bowl, mix garbanzo bean flour with salt and pepper. Stir in olive oil and water. Allow mixture to set for 1 hour to thicken.

Heat oven to 480 degrees. Spray a large glass pan. Place one tablespoon of olive oil in the pan. Pre-heat the pan in the oven for 5-10 minutes. Add the dried herbs to the flour mixture and pour the batter into your heated glass pan. Bake for about 8-12 minutes. 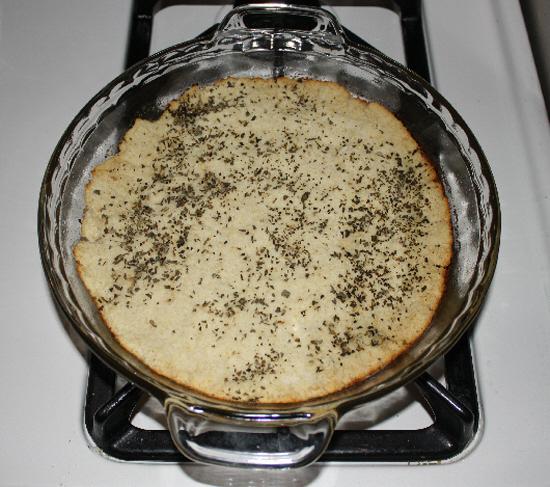 The flat bread turned out well. It tasted good but was “crumbly”. You can definitely taste that it was made from bean flour.

This project was very laborious. The only benefits that I can see by doing this are extending the life of leftover cooked beans or if you need a gluten free diet. But it’s good to know how to do this, you never know what the future has in store. A blender or food processor would have helped a lot. I’m not sure that all grain mills are capable of milling beans so it may be necessary to pre-cook larger beans before turning them into flour (via securityandselfreliance.com).