In the Civil War Era, food was scarce and often the solders had to fight on empty belly. Even so, those times of need showed us that human ingenuity can prevail even resources are low.

As you will see, the Civil War Recipes gathered in this article are a perfect example that you can make a tasty meal with just a few ingredients.

The Civil War solders had a lot to endure during their fighting days. While the lack of ammunition and proper medical care on the field was something they had to deal with constantly, the lack of food was their main concern. They had to gather all the food scraps or “uncommon” ingredients and improvise a nutritious (not so tasty) meal.

Some of these Civil War Recipes are well known, like Hardtack and Johnny Cakes while others were lost to the dust of time.

Even those times have changed and we now live bounty full times you never know when you may be forced to improvise the meal with the few ingredients you can find in your unprepared  home. One thing I can guarantee for sure is that Civil War Recipes will not fail you if those days should come. 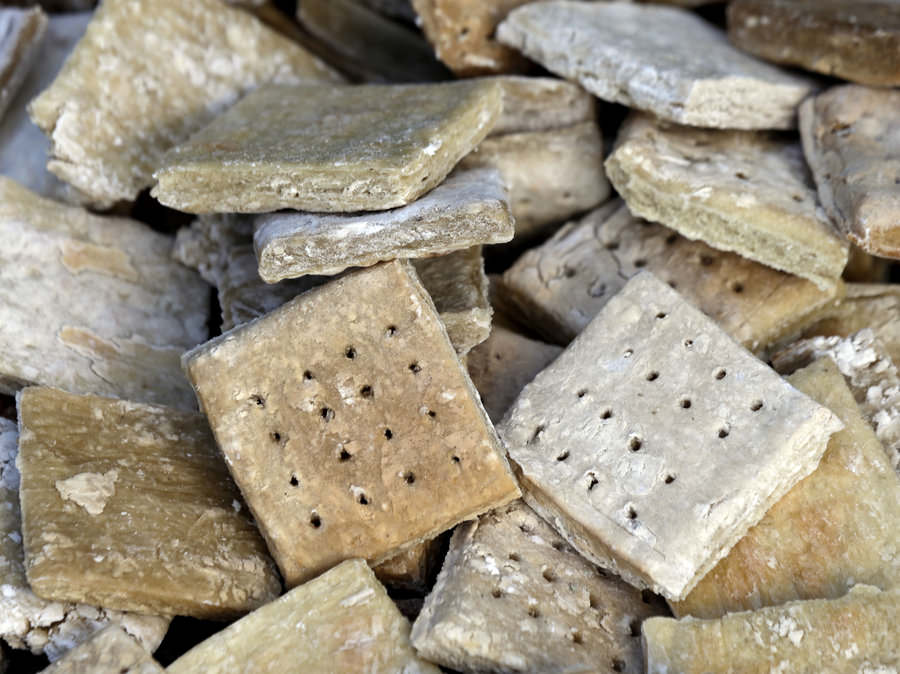 Even though this is probably one of the most popular Civil War Recipes and you can find it on all survival and prepper websites it is still worth mentioned. In fact a few hardtacks and improvised broth (made from bouillon cube and a cup of hot water) can help you push forward when other food is not available.

A simple bread that was very tough which led to other nicknames such as “molar breakers” and “tooth dullers.” Many soldiers would break up the hardtack and mix it with water into a mush with molasses as a treat. Other times, they would fry the mush into a very plain pancake-type creation.

1 tablespoon of Crisco or vegetable fat or lard

Mix into a stiff batter and on a lightly floured surface, roll flat with a rolling pin to 1/3 of an inch thickness. Trim the edges and cut the dough into squares. Use a fork to poke holes into the squares. Bake on a lightly greased sheet at 350 degrees for twenty to twenty five minutes or until golden brown. 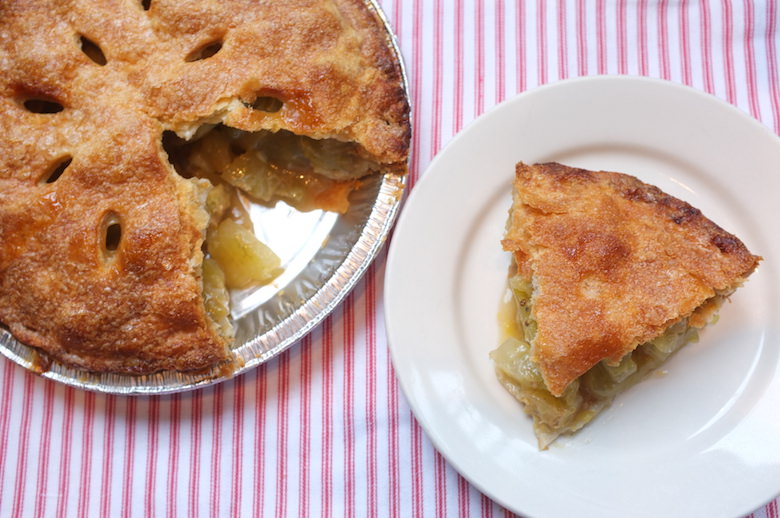 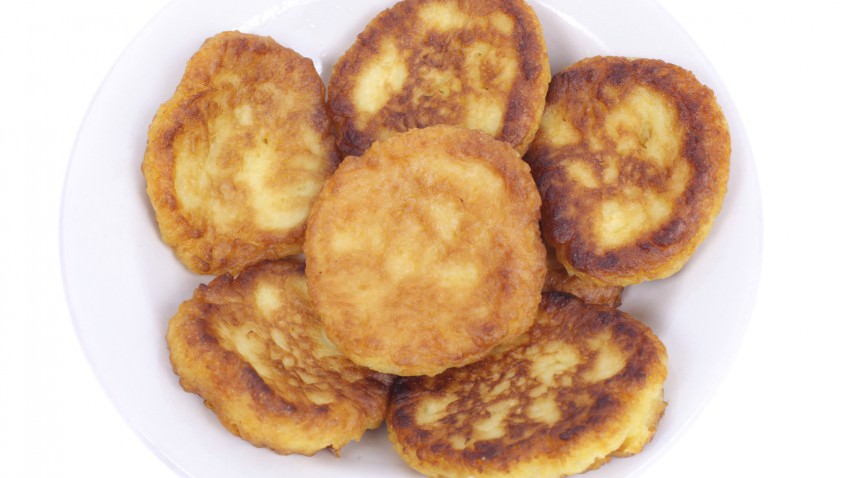 This is another one Civil War Recipes you can find in books covering the Civil War Era foods. Actually it is made even today by many mountain men due to its simplicity.

Simple, easy to make food that could be easily stored and transported. They were also called “journey cakes” as they could be taken on a long journey.

Combine the cornmeal, salt, and sugar in a bowl. Boil the water and then add slowly as you stir the dry ingredients. Add the milk a little at a time to make sure the batter is not too runny. Heat the bacon grease in a cast iron skillet and drop in the batter by the spoonful. Brown on both sides and serve while hot. 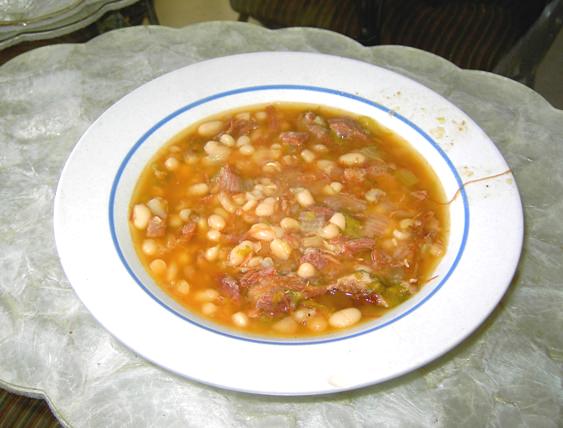 The main ingredient in this recipe – dried beans – was very easy to store and transport and would have easily been on hand.

Soak beans overnight in cold water. Dice the pork into small chunks and boil in water 1 hour or until tender. Save the stock. In a soup pot, combine the bacon fat and vegetables. Once the liquid is clear, add thyme and vinegar. Add the soaked navy beans and the pork stock. Simmer for 30 minutes, and then add the pork. Cook for 20 minutes until the beans are tender. Season with salt and pepper and serve. 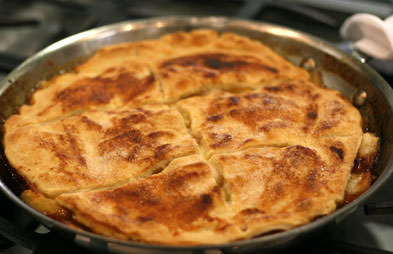 This is one of my favorite Civil War Recipes and it was my grandmother who introduced me to this tasty dish.

Sugar was scarce, but molasses was a very common staple that existed in many kitchens – and it was easy to store and even transport.

Line a pie pan with an uncooked pie crust. Fill with sliced apples, nutmeg, cinnamon, and molasses. Cover with a lattice crust and bake at 350 degrees for 1 hour and 15 minutes. 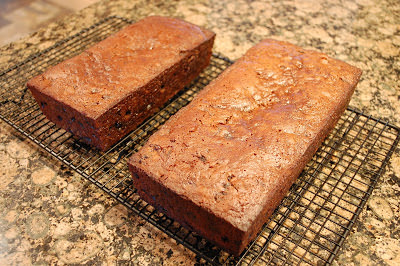 Grind salt pork and stir into boiling water and soda for 5 minutes. Add sugar and dates, stirring until cool. Add remaining ingredients. Bake at 325 degrees for 75 minutes. Check for doneness with a toothpick. This will make several loaf pan cakes. 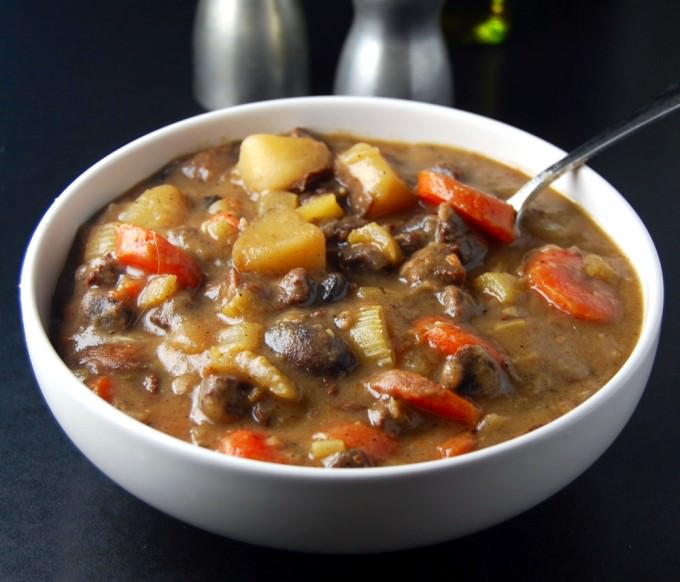 Slice mutton loin and pound with meat hammer until thin. Season with salt and pepper and sear in a pan on both sides, then remove. In the same pan, sauté carrots, onion, turnip, potatoes and tomatoes until clear. Then add mutton back to pan and cover with water and a lid. Simmer for 2 hours, until tender. 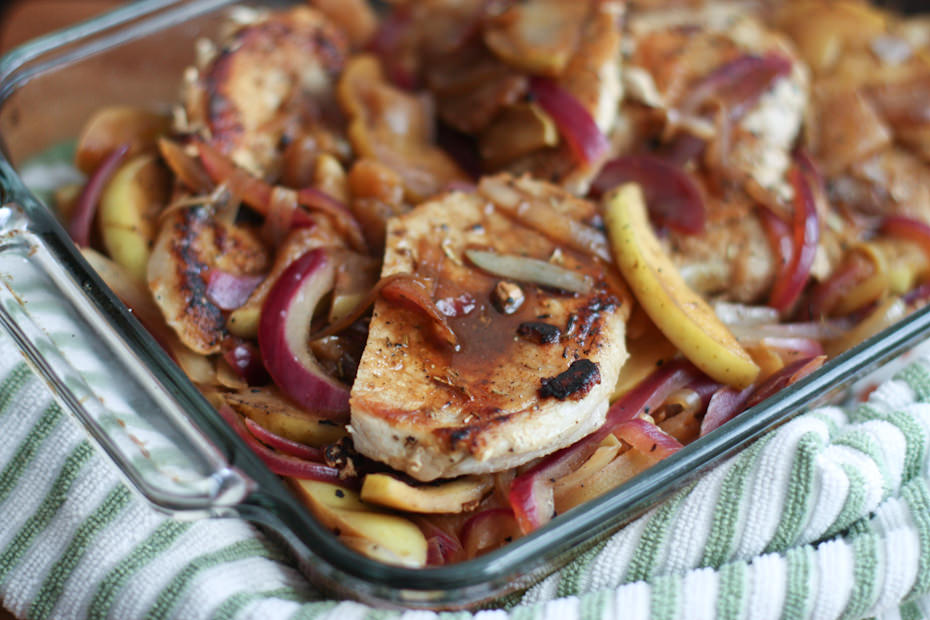 While this combination may sound strange I guarantee that the taste of this food is really something else. In fact it is one of the Civil Era Recipes that sounds unappealing but the taste of the food will leave you pleasantly surprised.

4 apples( use the tart green ones)

Cook diced salt pork in a heavy iron skillet until crisp, and set aside the salt pork. Core the apples and slice into thin rings. Slice onions into thin rings also, fry in salt pork fat until brown. Add 1 qt of water and cook until apples and onions are tender (about five mins. and add water as needed). When tender add in the salt pork, and season to taste. This is an easy dish to prepare. 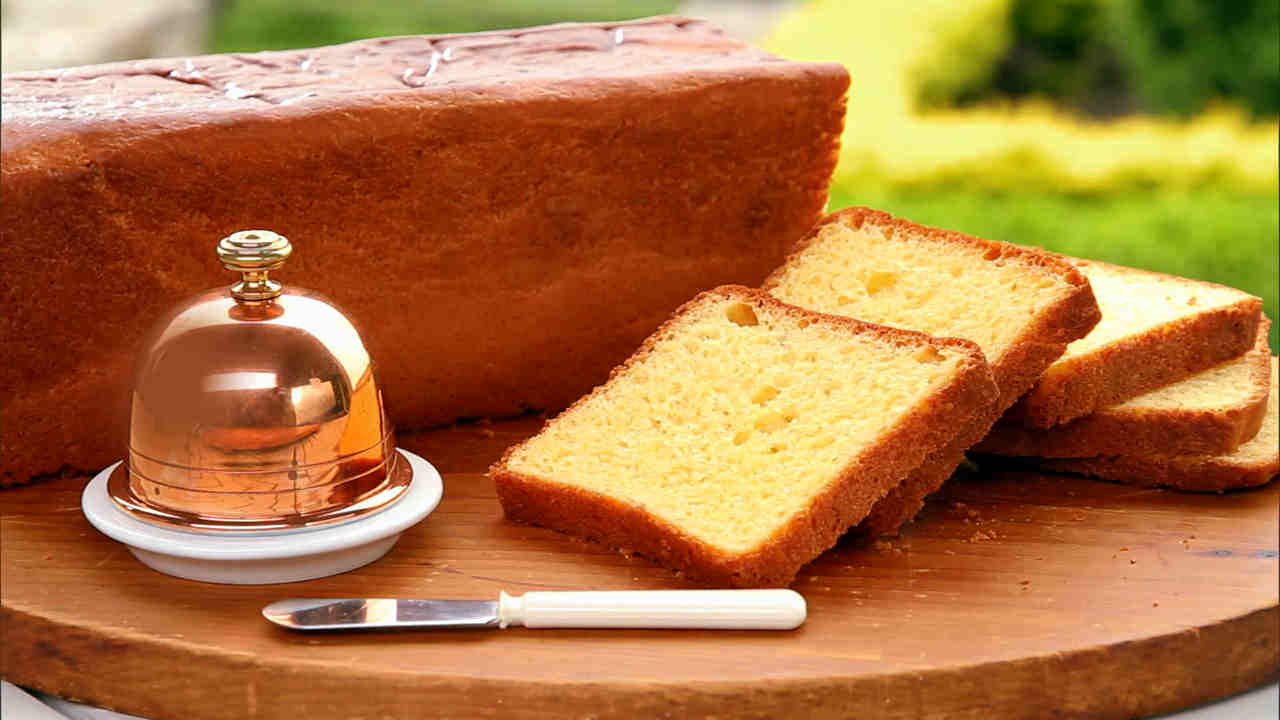 Heat the milk and shortening to the scalding point and then allow to cool. Pour into a bowl with the remaining ingredients and mix until smooth. Cover and leave in a warm place to rise for about 1 to 2 hours. Punch down the down and then put into a greased pan and allow to rise for another hour. Bake at 375 degrees for 45 minutes. 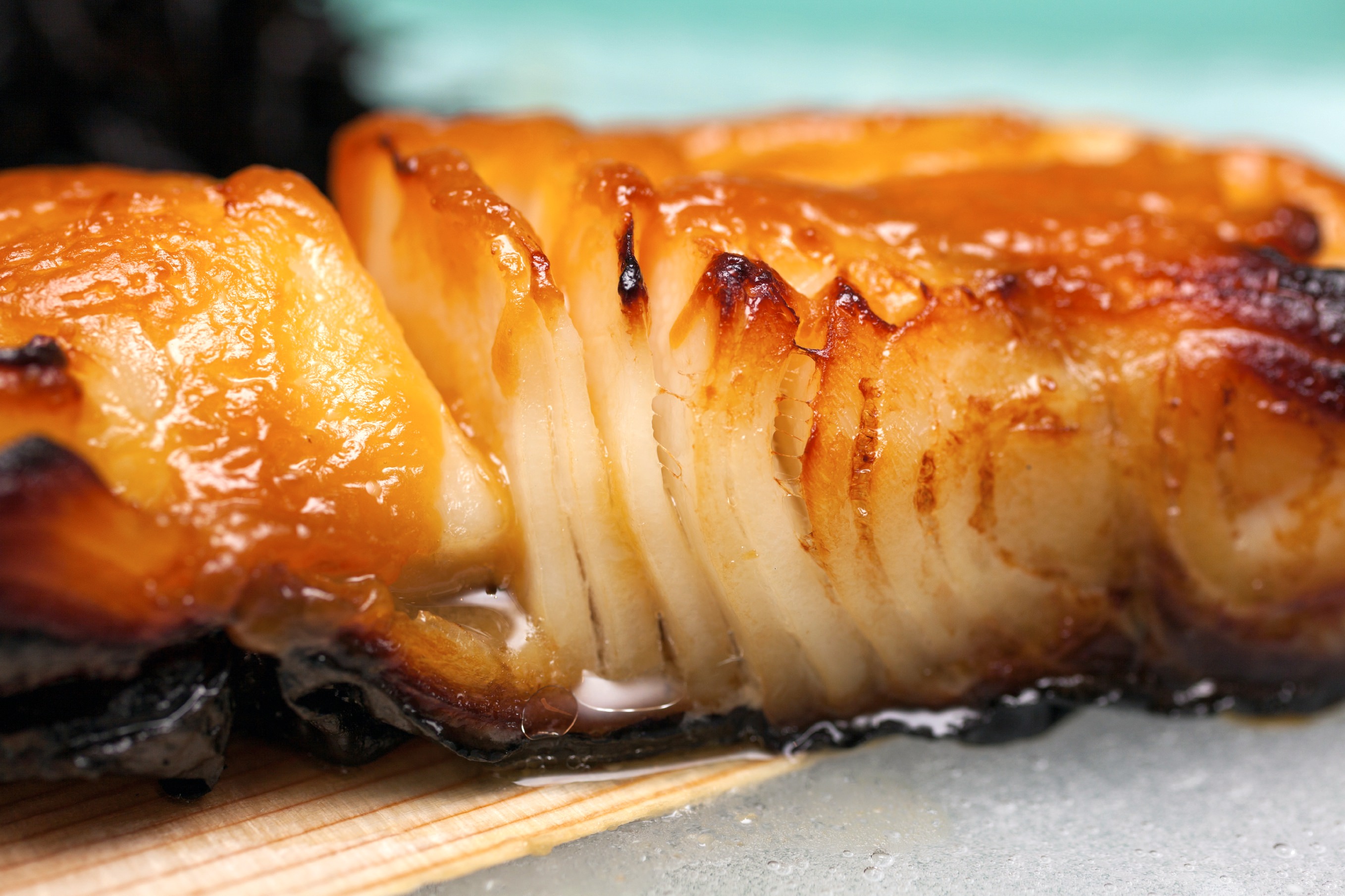 Fish was an easy item to cook in the pots and pans they carried around. With the provisions they had on hand, they could easily make themselves a very nice meal. Sometimes they’d crush some hardtack to make a crust for the cod they were about to cook.

Clean a piece of cod. Make a stuffing from bread crumbs, spices, onions, butter and some egg to moisten it and stuff the cod.

Also rub the cod with egg and roll in bread crumbs and spices to make a nice crust. Set in a Dutch oven before a fire to bake and cook until golden brown. 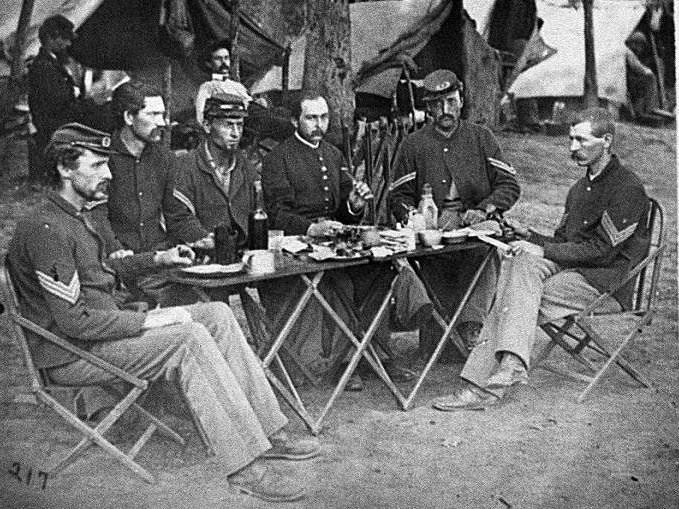